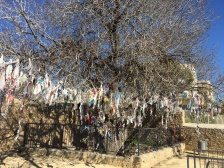 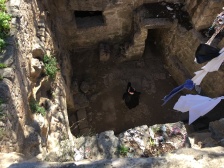 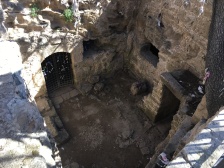 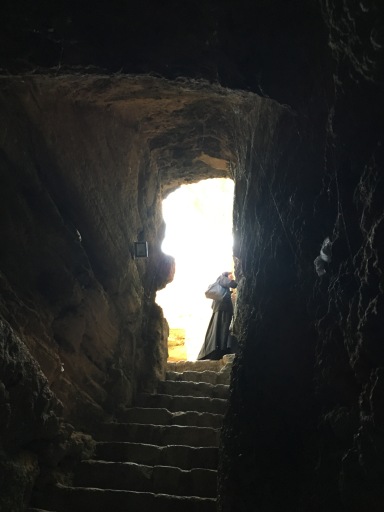 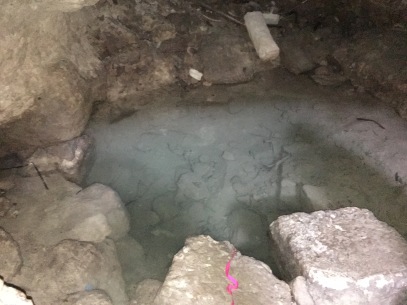 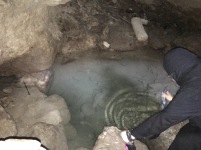 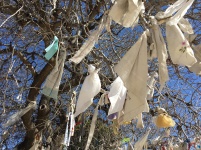 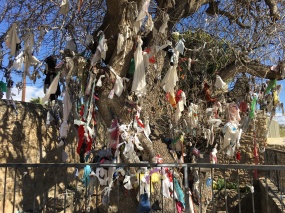 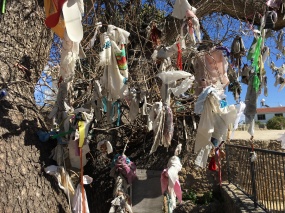 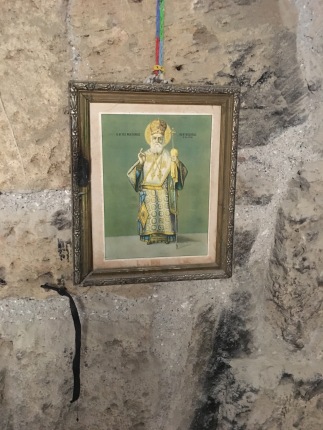 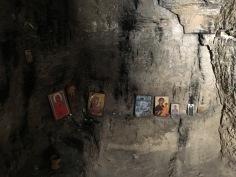 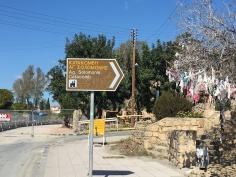 People act toward things based on the meaning those things have for them, and these meanings are derived from social interaction and modified through interpretation.[2]

Sociologists working in this tradition have researched a wide range of topics using a variety of research methods. However, the majority of interactionist research uses qualitative research techniques, like participant observation, to study aspects of (1) social interaction and/or (2) individual selves. ”

(The above excerpt is taken from Wikipedia)

Attending the Shrines, Temples and Holy places is common in Subcontinent. The practice is not religion specific. A wide range of religious schools follow similar practices.

“Tying a Knot” is one of those common practices that again is carried out in various places that are considered Holy by followers of various religions.

I however had not seen this ritual being practiced in Christianity until my recent visit to Cyprus. There I came across exactly the same kind of tree that people commonly see in India and Pakistan, having multiple clothes tied to it. The guide taking me there told me that it perhaps was replacement of burning a candle as when people couldn’t afford to buy a candle due to lack of money they instead chose to tie knots and the practice then continued and is being practiced even now.

In addition to that in this old place of worship also called “Catacomb” I observed religious pilgrims visiting in “Burka” and collecting “Holy Water” from base of the Catacomb. These practices again matches with the same being practiced in many other religions for various reasons.

Of course the bottom line is that we start making sense of things in the surroundings and environment that we are born in and irrespective of the religion/country/ethnicity and genetic makeup that we are born in/with our core human psychological processes work alike and are manifested in the form of such rituals without even awareness of the performer that exactly the same is practiced by others for completely different understandings and reasons.

One thought on “Let’s turn a page in the book of Sociology: Subject is Symbolic Interactionism”